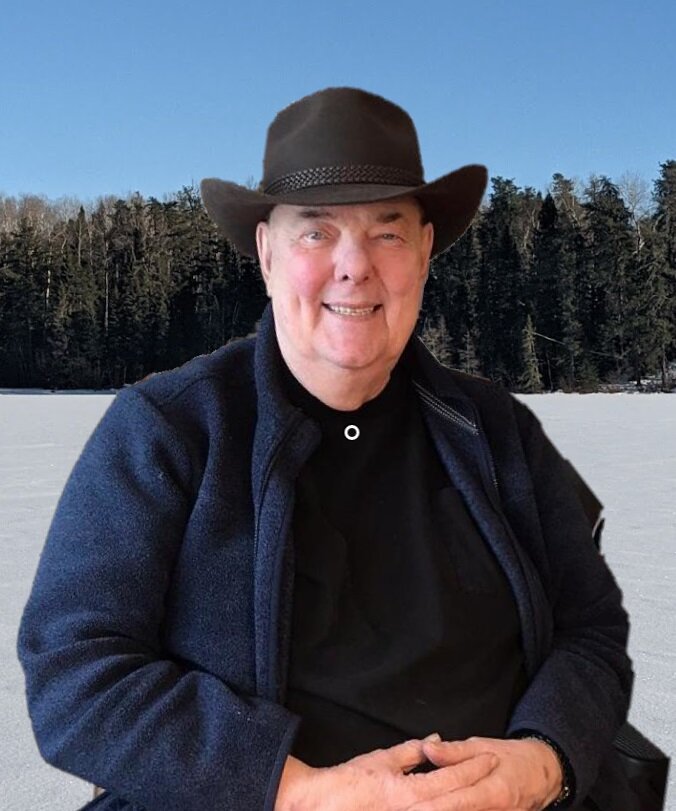 Please share a memory of Leo to include in a keepsake book for family and friends.
View Tribute Book

Leo was born in Chapleau to Herbert Vezina and Marguerite Dumontelle on July 21st, 1937. After attending Chapleau High School, he went on to earn a diploma in Industrial and Automation Electronics from the Radio College of Canada. For a number of years, Leo sold and repaired televisions in Chapleau and was responsible for maintaining the local radio and CFCL (Shawmeer) towers.
Leo worked for the Canadian Pacific Railway (CPR) for almost 40 years.  He started as a member of the “Ice Gang,” progressed to the position of fireman (including on steam engines), and finished his long career as a Locomotive Engineer. He served his fellow railroaders as president of Local 319 of the Brotherhood of Locomotive Engineers. Like so many other engaged Chapleau parents, he spent countless hours shuttling his kids (and others’) to hockey games, figure skating practices, school events, scouting, and other activities within and outside of Chapleau. He was an active member of his community; at various times, Leo served as president of the local association of Inclusion Canada; was an avid member of the Kebsquashishing Choristers; was the president of the Kettle Lake Cottagers Association; and was a member in good standing of the Seven Mile Lake Office Hours.
Leo is survived by his wife Joyce (nee Tanner), children: Chris (Cindy), Jennifer (Howard), Debra and Darryl (Kathleen); grandchildren Mckay & Riley, Bronwyn & Chloe and Paige & Spencer.
A Celebration of Life and internment will be held at a later date.
Memorial donations may be made to the Canadian Cancer Society or the Heart and Stroke Foundation of Canada.

To plant a beautiful memorial tree in memory of Leo Vezina, please visit our Tree Store

A Memorial Tree was planted for Leo
We are deeply sorry for your loss ~ the staff at Kerry Funeral Home Ltd.
Join in honoring their life - plant a memorial tree
Online Memory & Photo Sharing Event
Online Event
About this Event

Look inside to read what others have shared
Family and friends are coming together online to create a special keepsake. Every memory left on the online obituary will be automatically included in this book.
View Tribute Book
Services for Leo Vezina
There are no events scheduled. You can still show your support by planting a tree in memory of Leo Vezina.
Plant a tree in memory of Leo

Share Your Memory of
Leo
Upload Your Memory View All Memories
Be the first to upload a memory!
Share A Memory
Plant a Tree