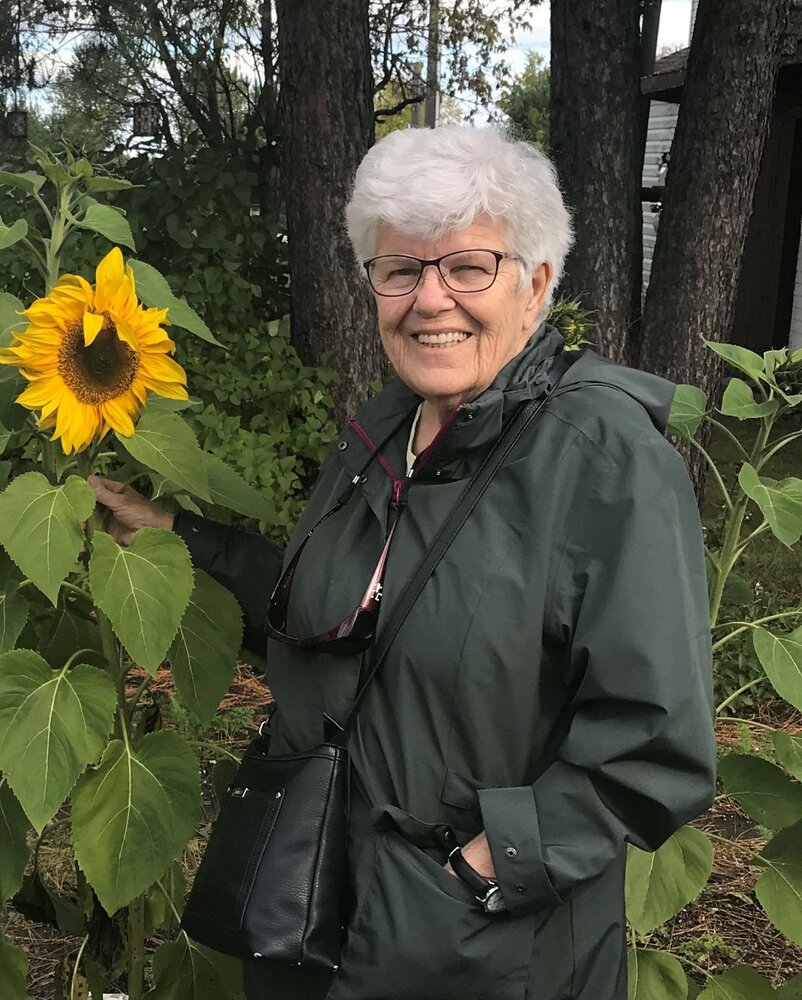 Please share a memory of Loretta to include in a keepsake book for family and friends.
View Tribute Book

In loving memory of Loretta Francis Conroy (June 9, 1935 – February 2, 2022) who passed away after a short but courageous battle with cancer. Predeceased by her parents Susanne and Alexander and her brother Robert “Bob”. She will be dearly missed by her beloved sister Mary, as well as nephews Robert (Valora), Rodney, Kelly, Les (Doriane), and her nieces Rhonda and Marcia. Loretta is lovingly remembered by her great nieces and nephews who all held a special place in her heart. These three generations of nieces and nephews will ensure that her legacy of living life with a caring heart will continue. Loretta was the best sister and aunt you could ever ask for, she always put the needs of her sister, nieces, and nephews before her own.

Born and raised in Webbwood, Ontario, Loretta moved to Chapleau in 1959 and started work at Smith and Chapple. She soon began a long career with Simpsons Sears that saw her as store manager for many of those years until her retirement in 1990 when the Sears Mail Order Store was closing.

Though she had many interests in life that gave her great joy including cooking, gardening, knitting, playing cards, and helping others; spending time with family was her greatest joy. Loretta was grateful for the friendships in her life and treasured each one. Loretta saw the best in everyone. She cared deeply, laughed often, approached life with a positive outlook and had the brightest of smiles even in the toughest of times.

Loretta’s family wishes to express their appreciation for the care and compassion extended by Doctors Jefremova, Kendra Saari, Steven Saari, as well as the staff of Chapleau Health Services and Chapleau Medical Centre.

At Loretta’s request cremation has already taken place at River’s Edge Cremation Centre and a Celebration of Life will be held a later date.

Donations made in memory of Loretta to Chapleau Health Services or Trinity United Church Chapleau, Ontario would be greatly appreciated by her family. (Arrangements entrusted to Kerry Funeral Home Ltd. Wawa, Ontario 705-856-7340) www.kerryfuneralhome.ca

To plant a beautiful memorial tree in memory of Loretta Conroy, please visit our Tree Store

A Memorial Tree was planted for Loretta
We are deeply sorry for your loss ~ the staff at Kerry Funeral Home Ltd.
Join in honoring their life - plant a memorial tree
Online Memory & Photo Sharing Event
Online Event
About this Event

Look inside to read what others have shared
Family and friends are coming together online to create a special keepsake. Every memory left on the online obituary will be automatically included in this book.
View Tribute Book
Services for Loretta Conroy
There are no events scheduled. You can still show your support by planting a tree in memory of Loretta Conroy.
Plant a tree in memory of Loretta

Share Your Memory of
Loretta
Upload Your Memory View All Memories
Be the first to upload a memory!
Share A Memory
Plant a Tree