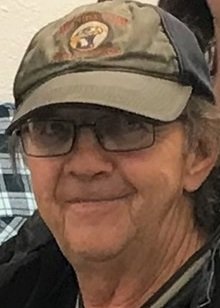 TANGIE, Arthur John “Johnny” (January 27, 1949 – June 13, 2020) – Johnny was predeceased by his son John Phillip James Tangie, his brother Michael (Arnie), and his parents Allan and Lena Tangie (nee Mione). Johnny will be forever missed by his many siblings left behind including Rose Mary (late Gilbert Fortin), Annamay (Maurice Chaloux), Lucy (Steve Lacasse), Tom “Ralph” (Jackie McVeigh), Theresa (late Mike Linklater), Louise (Joel Gauvin), Pat Tangie (Michel Bédard), Diane (Robert Labranche), Phillip (Patty Morrison), Tina (Michael Lambert), Carla and Jackie (Chris Roy). Johnny will also be remembered by his daughter Katrina (Josh Wilhelm), his countless nieces, nephews, cousins, Heather Murphy and the many friends he met over his lifetime. Johnny began working at CPRail when he was 16 and eventually worked his way to becoming a Supervisor in the Car Department for many years. He also worked as a Guide in regional tourist establishments. His love for the land brought him to his final calling as a dedicated Firekeeper. It is widely known in Indigenous circles that Johnny was honoured to use his gifts to serve Creator. Ceremonial Leaders counted on Johnny’s great love and tireless energy to keep the central Fire for the healing of all our Relatives in Creation. When he tended the Fire, the area was always immaculately kept as was the land he walked on. Johnny taught anybody who wanted to learn from him. People young and old have many fond memories of John’s loving and respectful Teachings. A Sacred Fire was lit to honour Johnny the man, and to help his Spirit on it’s final four-day journey back to Creator. A celebration of Johnny’s life will take place after the COVID pandemic passes. Cremation has taken place at River’s Edge Cremation Centre, Sault Ste. Marie. Donations in memory of Johnny can be made to the Ontario Lung Association, Canadian Diabetes Association, or Chapleau Health Services, and would be greatly appreciated by the family. (Arrangements entrusted to Kerry Funeral Home, Wawa, Ontario 1-800-439-4937). www.kerryfuneralhome.ca
To plant a beautiful memorial tree in memory of Arthur Tangie, please visit our Tree Store

Share Your Memory of
Arthur
Upload Your Memory View All Memories
Be the first to upload a memory!
Share A Memory
Plant a Tree