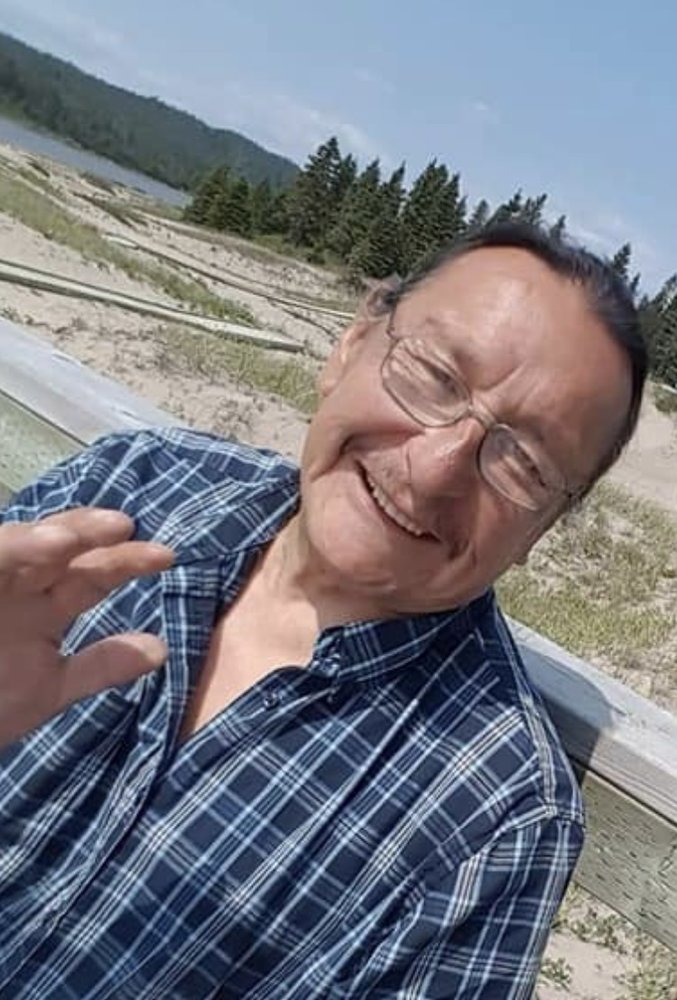 STARR, James “Jumpy” Abraham - It is with great sadness to announce that James “Jumpy” Abraham Legarde Starr began his journey into the spirit world on Wednesdsay January 22, 2020. Born March 9, 1964, to his young mother Sally May and father Norman Allen Starr. It was said that he bounced around so much as a baby that he would pick up his first nickname “Jumpy” by his family. A beloved father, grandpa, son, uncle, cousin and chum, Jumpy will be missed by those who knew him. He was a man of many jokes, a personality he gained from his late father Norm. James’ nishnaabe name is Ga-ge-yaas wii (Forever Young), he was a proud member of Biigtigong Nishnaabeg, James spent the last few years of his life caring for his mother and his granddaughters who he loved with all his heart. In life, he enjoyed watching hockey and baseball, especially the Jays and the Capitals. Jumpy was a whiz in the kitchen and loved cooking for his family. He loved being outdoors and enjoyed his time at the camp during powwow time. James was lovingly welcomed to the spirit world by the love of his life and his wife Jessie, his father Norman, his son-in-law Luke, his grandmothers Clara and Viola and his grandfather Thomas. He is survived and will be dearly missed by his mother Sally May; his sisters Norma & Lori (Doug); his brothers Tom (MaryAnn), Dale, and Gilbert; his children Anita (George), Kupricia, Pamela (Alfred), Jasmine (Marshall), Rennie, Philmin, James & Belinda; his beloved grandchildren Laura May, Kansas, Aleah, Kacey, Riley, Sophia, Zedrick, Jessica, Jazzlee & many numerous aunts, uncles, nieces and nephews. James will return home to Biigtigong Nishnaabeg on Sunday January 26th at 3:00 p.m. for viewing by the family. The visitation and wake will commence for two nights starting at 6:00 pm. for friends and community members to pay their respects. A Funeral Mass will be held on Tuesday January 28, 2020 at 12:00 p.m. at the St. Francis Xavier Church in Biigtigong Nishnaabeg. Following the interment, a feast will be held at the Community Centre. (Arrangements entrusted to the Kerry Funeral Home, Wawa, 1-800-439-4937). www.kerryfuneralhome.ca
To plant a beautiful memorial tree in memory of James Legarde-Starr, please visit our Tree Store
Sunday
26
January

Share Your Memory of
James
Upload Your Memory View All Memories
Be the first to upload a memory!
Share A Memory
Plant a Tree